Wow, that was quite a ride. Ever since we were told we had to move premises back in February, the pressure to build ourselves a new Urban Mushroom Farm was on. It wasn’t just building one; we took this opportunity to improve on the original build. So on top of actually moving, we also had to design the new farm from scratch.

The biggest unknown was how to fund this new farm and we chose to crowdfund it on KickStarter. To raise £16,000 in three weeks was a tall order, but with the wonderful support of 252 backers from around the world, we managed to raise the funds that would allow us to build what we think is the most advanced Urban Mushroom Farm on the planet!

You can see from the pictures how a previously unused office space has now been converted to our new Urban Mushroom Farm, and is active again churning out delicious fresh Oyster mushrooms and Grow Kits for people to grow at home.

But it doesn’t end there. As a social enterprise, one of our main aims is to spread the technique of growing mushrooms on coffee, so the new farm is also where we build on our knowledge, which is now taught to members in more than 15 countries around the world via the GroCycle Online Course. Come and sign up if you’re interested in learning more.. 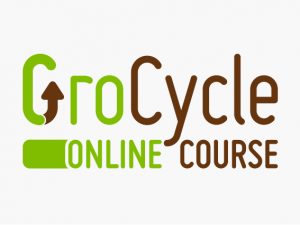